ADC Vice President Lorenzo Rios, Jr. led a tour of the HVAC system at the historic Civic Auditorium in San Jose on Wednesday. ASHRAE members stepped away from the excitement of the Sharks’ game 7 and the Warriors game to investigate the built up air handler, the disguised decorative diffusers, the modular chiller, and the new electric service required for the addition of cooling. The addition of return grilles required penetrating a cast-in-place concrete wall and carbon reinforcements and are hidden in place with coverings that match the style of the building (the grilles are the three large squares in the included picture). The event venue operated without air conditioning until 2017, and the city had trouble with booking throughout the summer because of the high temperatures. With cooling added and operating, including a unit serving the stage, the concert hall now hosts events often regardless of the season. A copy of the presentation can be downloaded here. 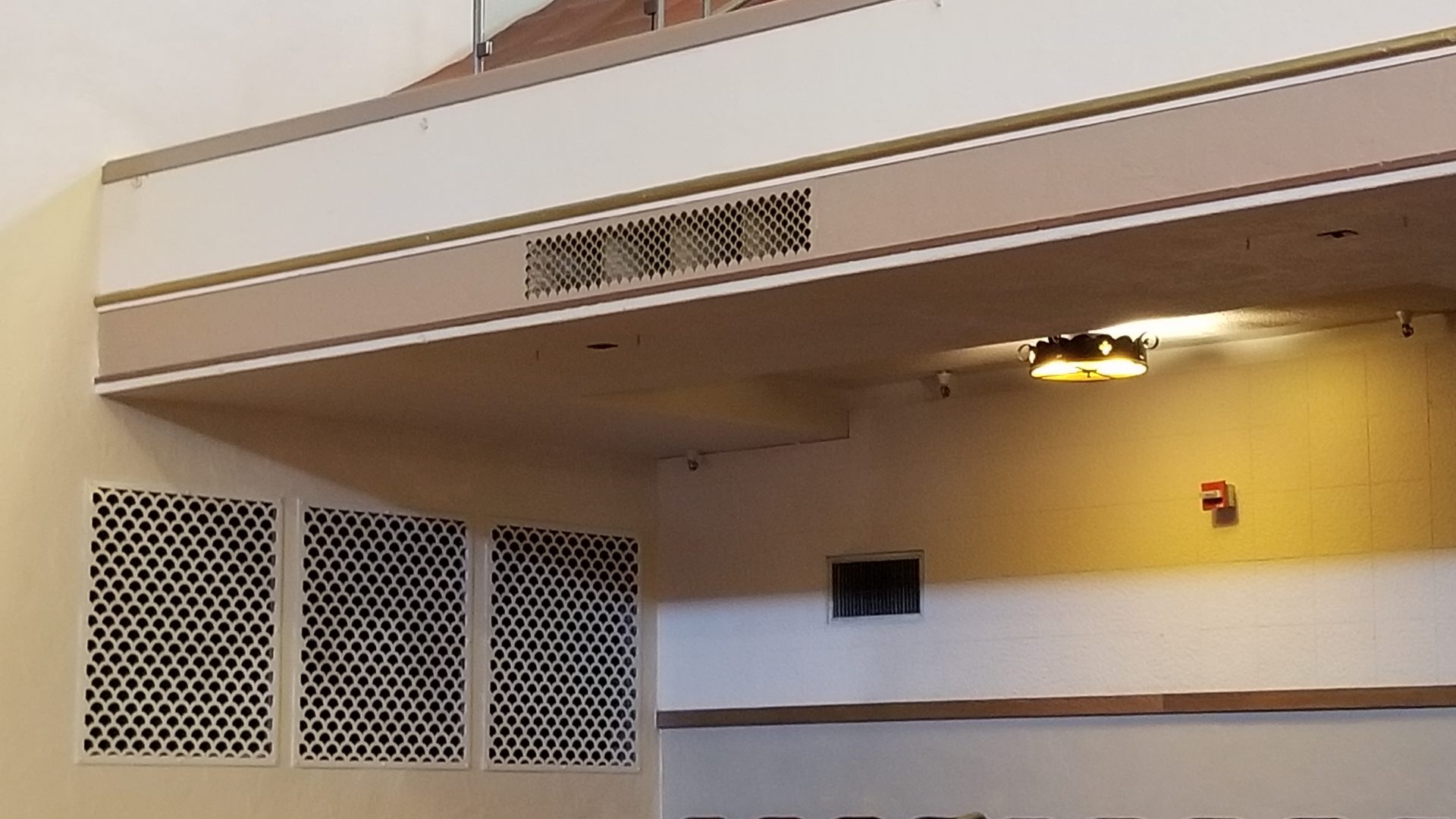 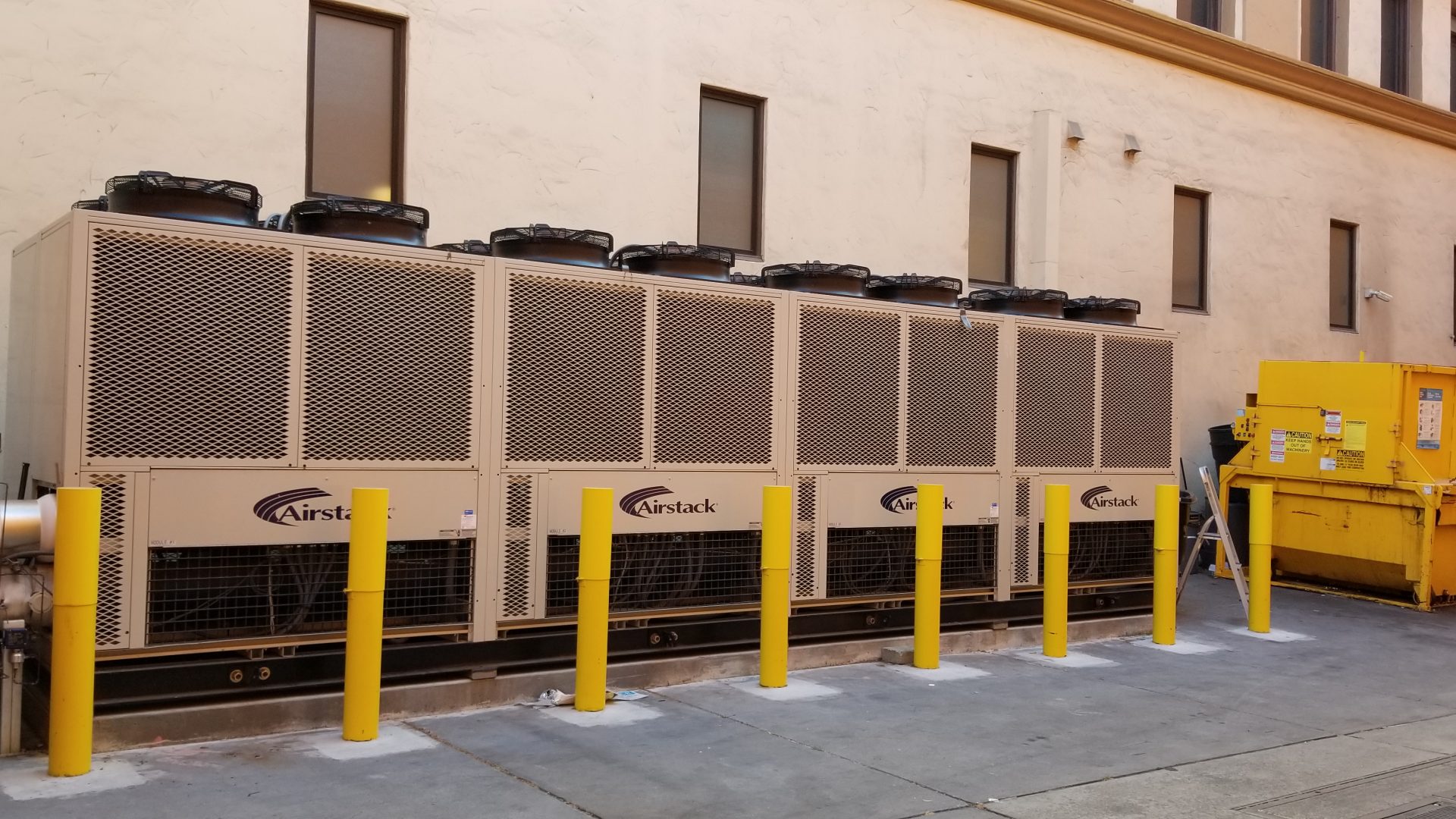 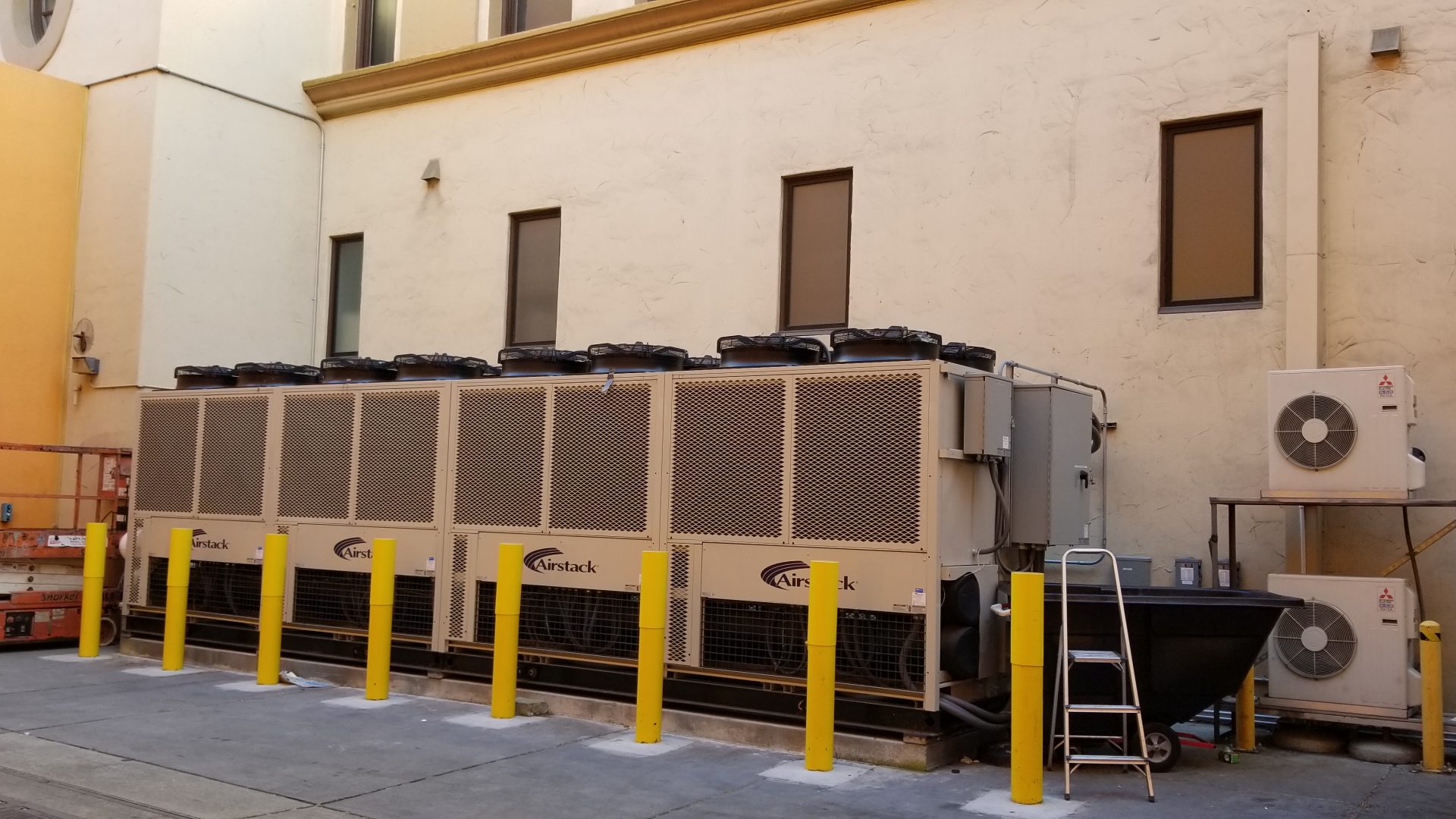